Dark Souls 3: Player Defeats one of the Hardest Bosses in One Hit! 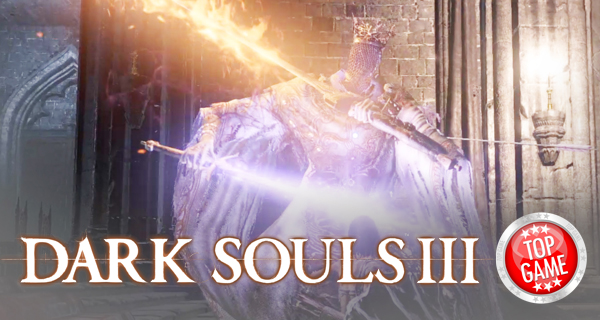 The world of Dark Souls 3 players is currently on a high as news broke out that one player gets to defeat one of the hardest bosses in the game, Pontiff Sulyvahn, in one single hit.

If you think we’re kidding, go ahead and watch the video by player neptunusequester below. Take note, though, that the video contains spoilers! 🙂

From what we can see – red tear stone ring (20%) followed by dragon torso, sunlight Sword buff (11.5%), then deep protection (5%) and then weapon art Warcry from Yohrm’s Great Machete (not sure the %, but this isn’t sharpen, since that’s on the normal machete, and removes previously applied buffs) and then reactivates dragon torso (10%). Finally after the Parry he switches on Morion blade for another Low HP boost (20%). From what we can’t see but surely deduce he is also wearing the Hornet Ring (30%), and probably has Yohrm’s upgraded fully. I am fairly certain everything adds up multiplicatively, which puts him at 241% damage, plus whatever he’s getting from the weapon art. There’s another two ring slots I’m not accounting for as well, so he could easily be up around 300% normal damage, which makes this the equivalent of parrying and riposting the boss 3 times in one.