CD Projekt Red revealed that Cyberpunk 2077 has earned them millions despite a problematic launch which led to refunds. 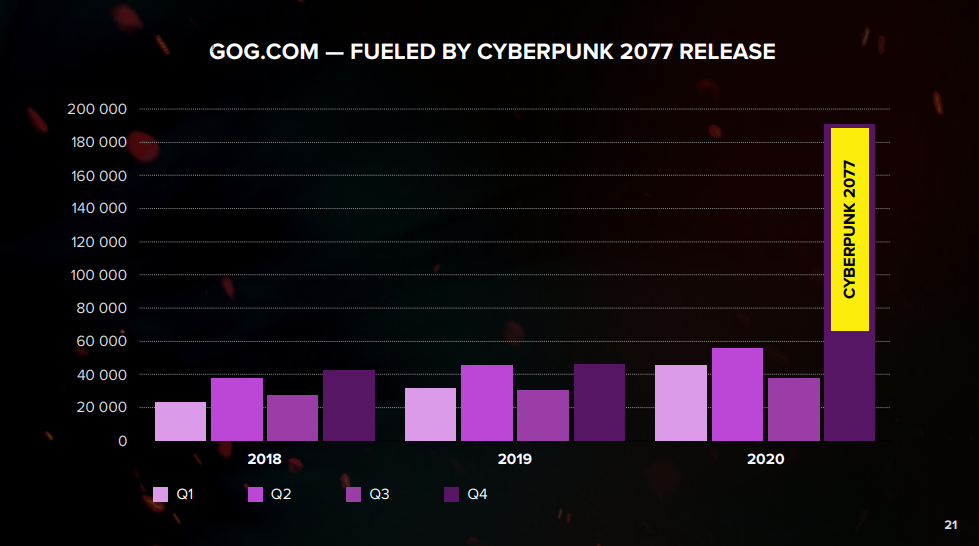 CD Projekt Red recently released its report for its 2020 financial year, and if you’re wondering how the company fared, here’s a short answer: fine!

In 2020, Cyberpunk 2077 has sold over 13.7 million copies, making it “the largest game in CD Projekt Red’s history,” according to CDPR themselves. A day before it launched, the game had already secured over 8 million pre-orders. The company also said The Witcher 3 sales also contributed to their success in 2020, as it sold over 30 million copies.

Cyberpunk 2077 unfortunately had a messy launch particularly for players on PlayStation 4 and Xbox One. This led to CDPR issuing refunds, as well as Sony removing the game from its store. Microsoft also offered refunds to those who bought the game from their store.

A Look at the Game’s Profit Vs. Refunds 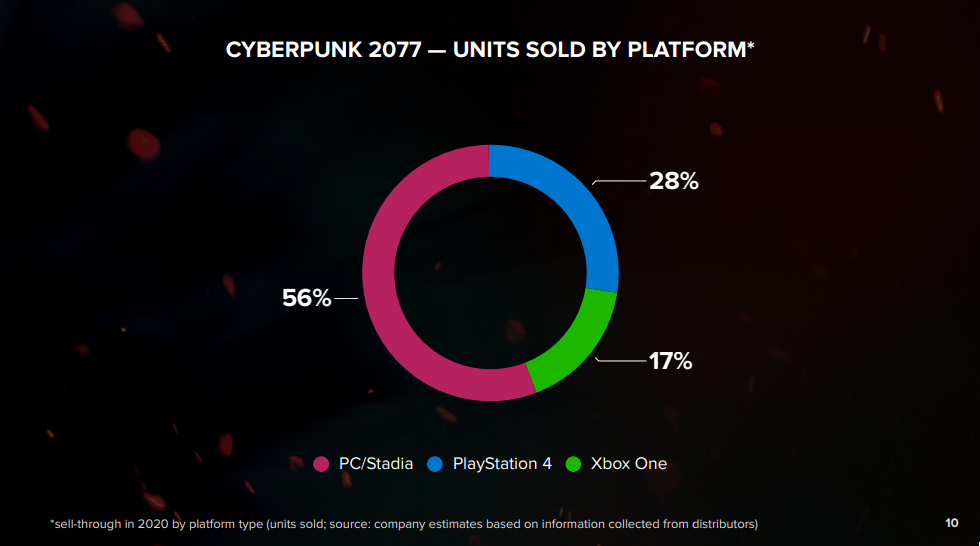 But wait a minute! How do the refunds contrast with that? Through CD Projekt’s official “Help Me Refund” programme, 30,000 refund claims were received, which equates to only 2.23 million US dollars. The program was intended for buyers who could not get a refund through the official shops. 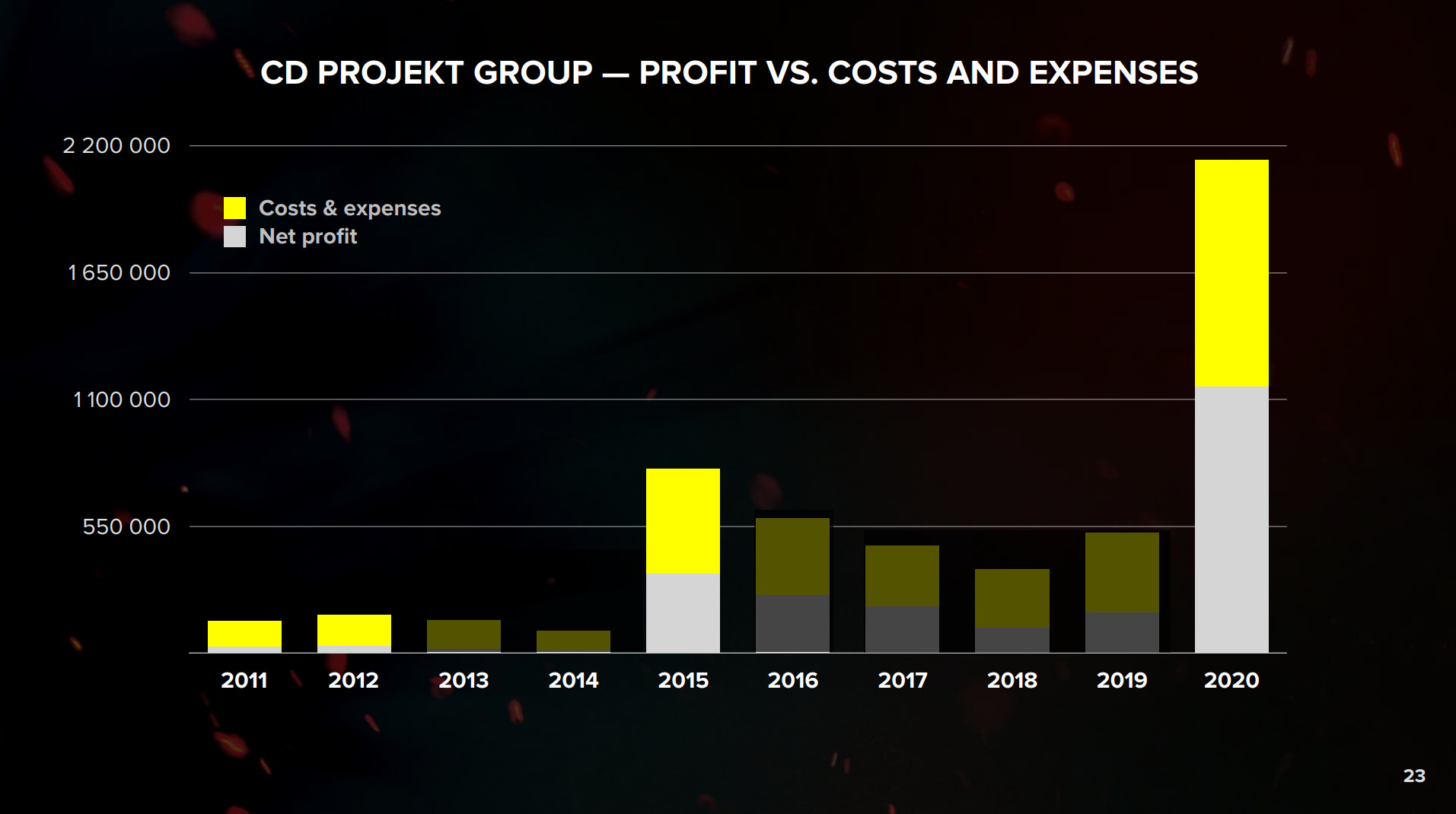 Also buried in the annual report is the “Other provisions” section, which talks about 51.1 million US dollars. This includes refunds and projected refunds as well as sales losses. Direct refunds totalled about 12.9 million US dollars. So at an average price of $60, just 215,000 copies of Cyberpunk 2077 were returned by players – just 1.6 per cent of all versions of Cyberpunk 2077 sold in 2020. 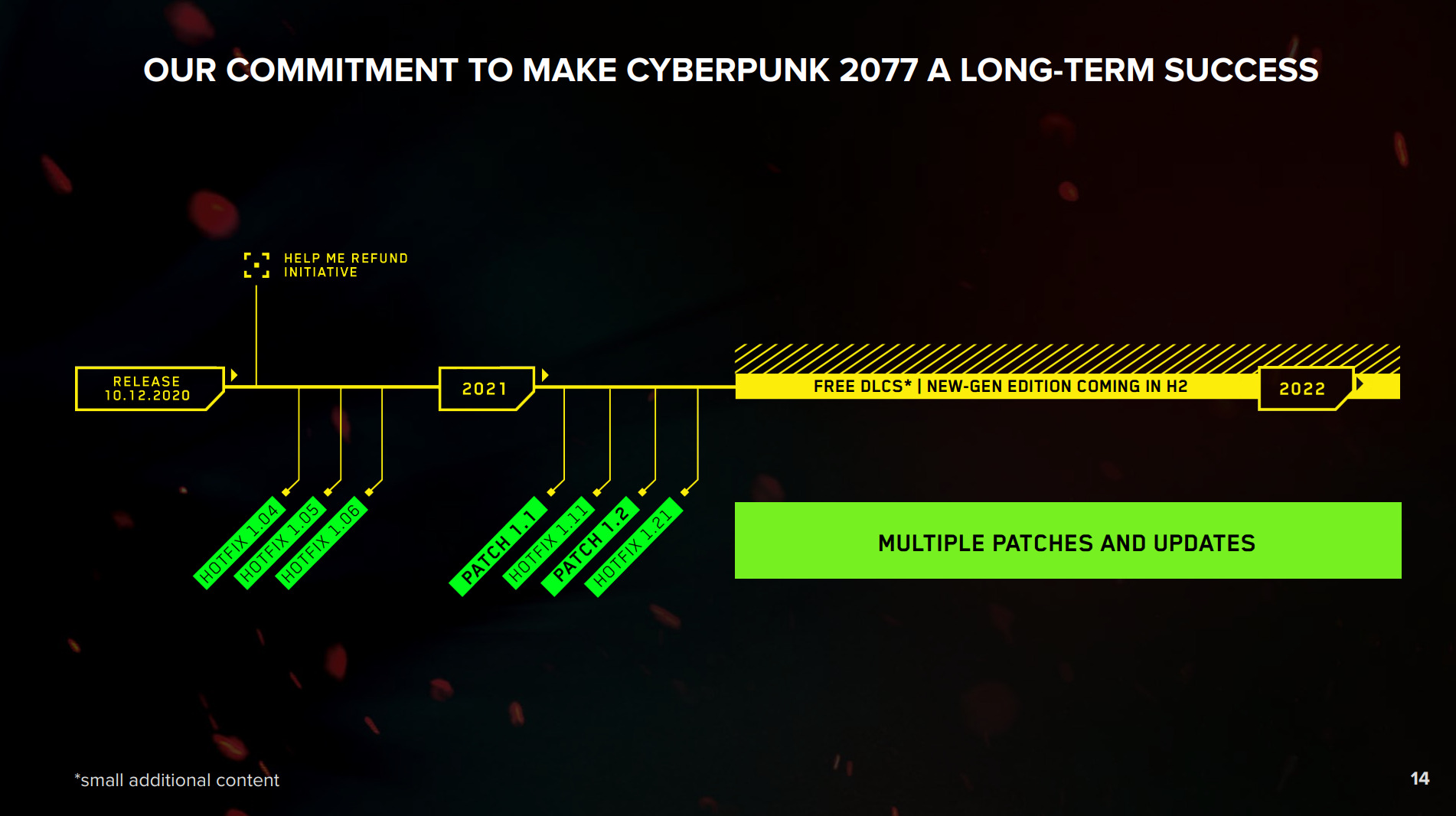 Cyberpunk 2077 will continue to be developed further by the developers with patches and planned updates. PS5, Xbox One, and Series X/S are currently scheduled to receive the next-gen upgrade in the second half of 2021, which should make the game look better. However, we ourselves have already shed light on the fact that it is not only bugs and performance problems that keep Cyberpunk 2077 from being a great game.

READ: Cyberpunk 2077 | 10 Reasons Why this Game Will Be Successful

Cyberpunk 2077 remains to be one of our top games, and remember you’ll always get the best price on Cyberpunk 2077 CD keys, even game cards, and more only here at Allkeyshop.