Call of Duty: Modern Warfare Ronin is Based on a Real-World Veteran 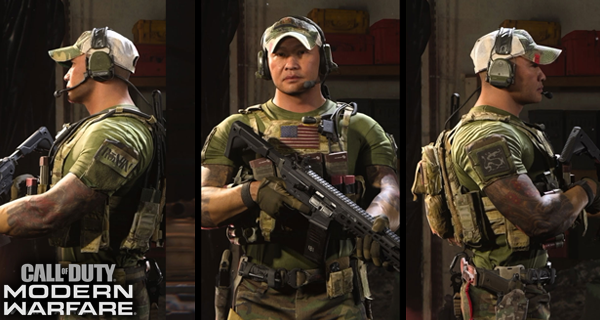 Tu Lam escaped communist Vietnam in 1979, managing to flee the country on a fishing boat. Eventually, he made it to the US where he enlisted in the US Army and later joined the Special Forces. During his career, he served for 23 years, 18 of which were in the Special Forces where he visited 27 countries, with most of the visits done during conflicts. He left service in 2016 with the title of Master Sergeant. Lam went on to found Ronin Tactics, a company that develops equipment and provides training for civilians and law enforcement personnel. The company’s logo can also be seen in-game on Ronin’s shoulder patch.

Speaking to Task & Purpose, Dave Stohl, co-studio head at Infinity Ward said of Lam, “A lot of stuff is exaggerated in a way for gaming, but that’s what is so exciting when we meet guys like Tu, because for me, why I got so excited, is because it’s real —he’s real.”

Mark Grigsby, animation director at Infinity Ward stated that working with veterans gives the game a little extra, saying, “There’s a certain way you can tell that person has that weapon in his hand, and that he’s had that in his hand in multiple situations and it is very natural to him.”

As for being in the game, Lam revealed it as morale-boosting, “You can’t walk into the post exchange without seeing Call of Duty posters,” Lam told Task & Purpose. “It’s just really part of the culture in the military. In Special Forces, we’d go out to do missions, and then guys would come back to log on to play. It’s a morale thing for our veterans overseas.”

Players can get the Ronin Operator Bundle for 2400 Call of Duty Points, with Ronin available in multiplayer and Warzone.