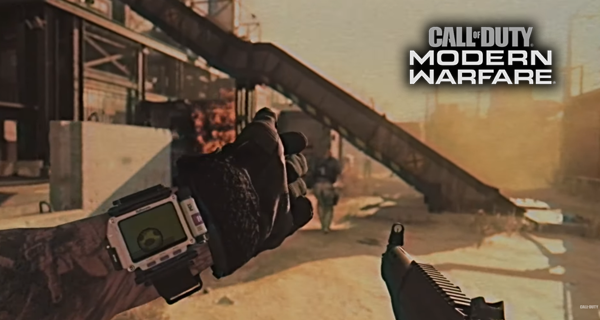 The Call of Duty franchise is no stranger to in-game loot boxes and microtransactions and now Call of Duty: Modern Warfare has introduced the Tomogunchi in-game watch, inspired by the Tamagotchi pets from the 90s, and it costs 1,000 COD Points, or $10.

To use and evolve your pet in Call of Duty: Modern Warfare you will need to equip the watch from the Watch Select menu under the Weapons tab. The Tomogunchi is a simplified version of the Tamagotchi, in that it relies on your performance and your ability to get kills, points, killstreaks and wins to keep it happy and alive. A poor performance will see your pet become unhappy and even die.

To check on your Tomogunchi and keep it constantly reassured with attention you will need to use the d-pad up or up-arrow key and use the Watch Interaction gesture during a match.

The Tomogunchi begins life in an egg form, with your combat experience helping it to hatch into a baby which becomes a child, then a teen and finally it grows into an adult form. There are multiple pet forms, such as a dragon and panda to discover.

To help with its hatching and evolving, the Tomogunchi features a bonus charge bar which represents a bonus method of evolving your pet more quickly than normal. Filling the bonus charge meter changes with every pet and it is up to you to discover what your pet likes to keep it happy and growing. Whether it is captures, killstreaks, plants or top three wins, once you figure out your pet’s preferences, keeping it happy and evolving it a simple task.

There is the ability to bank bonus charges with the Watch Interact gesture, however, to interact with your watch you will need to stand still, which is not recommended in Call of Duty: Modern Warfare and will more than likely result in your death and subsequently your pet’s. Be careful as your pet’s death will mean you need to hatch a new one and begin the process all over again.

Activision recently found that removing traditional loot boxes saw a boost in profits rather than a decline, and it’s largely thanks to unique and nostalgic offerings with in-game items such as the Tomogunchi watch.