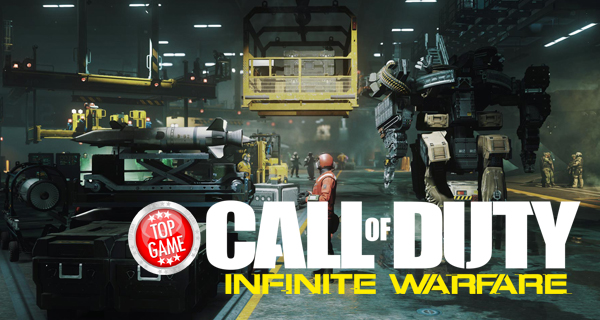 Take a look at the hub of the future

Activision recently released a new Call of Duty Infinite Warfare video featuring the UNSA Retribution. The Retribution is a warship-slash-hub where all your missions are launched. As a control center, this is where you also research upgrades.

The video shows the Retribution’s different areas. There’s a sort of a command center, a weapons and ammunition room, a target practice area, and a deck where all vehicles are deployed. The hub is complete with a ground crew working round-the-clock. They work to replenish supplies for those coming back from combat, or those leaving to engage in battle. Each crew member is assigned a specific role, and each role has its own color-coded uniform.

You will be able to converse with the people inside the Retribution, making the campaign more immersive.

Take a look at the UNSA Retribution in this Call of Duty Infinite Warfare video:

A new gameplay video called “Black Sky” has also been released, featuring an action-packed combat on the ground and in space. Check it out below:

What do you think of these latest videos? Are you excited for the game’s release? Share your thoughts in the comments!