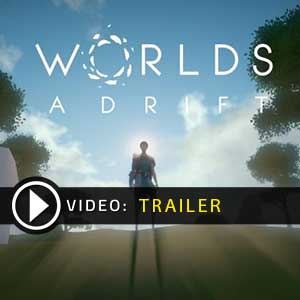 What is Worlds Adrift CD key?

It's a digital key that allows you to download Worlds Adrift directly to PC from the official Platforms.

How can I find the best prices for Worlds Adrift CD keys?

Allkeyshop.com compares the cheapest prices of Worlds Adrift on the digital downloads market to find the best sales and discount codes on trusted stores.

World’s Adrift is a simulation video game developed and published by Bossa Studios.

This is a sandbox game that would let players explore the realm of shattered islands and setting their freedom as the core of their objectives. Every encounter creates an unpredictable environment, from different players, to game creatures, and to island explorations. This brings out new experiences, conflicts, and threats. Everything that creates movement and everything you touch has its own weight and physics.

Explore the world, learn through experience and look for items that will help you build and customize your aircraft base! Craft your ship’s wings, defensive cannons, storage capacity, your engine’s performance and other parts of your flying base. Every  item and part of your ship will have a massive effect on its performance, so be sure that it will survive the journey as you wander the skies of the realm.

You can wander the skies alone or create your crew who will help you in building your ship and do on explorations. Join alliances to defend and attack.

EUROPEAN STEAM GIFT : It’s a steam gift for Europe which requires an European IP address to activate and to play Worlds Adrift on Steam. Read carefully the store description about region and language restrictions.
STEAM GIFT : A Steam gift is a one-time transfer you receive. You activate and install Worlds Adrift to play on Steam, it is a non-refundable game that stays in your Steam games collection. Please read the store description about any language or region restrictions.
STEAM CD KEY : Use the Steam Key Code on Steam Platform to download and play Worlds Adrift. You must login to your Steam Account or create one for free. Download the (Steam Client HERE). Then once you login, click Add a Game (located in the bottom Left corner) -> Activate a Product on Steam. There type in your CD Key and the game will be activated and added to your Steam account game library.
Early Access
Standard Edition