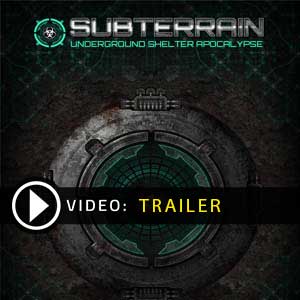 What is Subterrain CD key?

It's a digital key that allows you to download Subterrain directly to PC from the official Platforms.

How can I find the best prices for Subterrain CD keys?

Allkeyshop.com compares the cheapest prices of Subterrain on the digital downloads market to find the best sales and discount codes on trusted stores.

Subterrain is an adventure, indie, horror-survival video game that is developed and published by Pixellore. Imagine what it feels like living in Mars, far away from the problems of the Earth.

The year is 2050, and man has found a way to live in Mars thanks to the effort of a single person named Jeff Murray. He was able to make a city in Mars which he named MPO. The city is built underground because of the harsh environment that Mars has.The surface has extreme temperatures as well as high radiation levels. Scientists and entrepreneurs have been attracted to this city because it is free from the constraints of researchers and businesses on Earth.

Dr. Albert West, the person who you would be playing in the game is personally invited by Mr. Murray to live in MPO. Dr. West is researching and currently working on a cure for Alzheimer’s disease. His inspiration for his research is his wife Jenny who has been battling with that sickness. However his project was put on hold when an accident in the lab has caused somebody’s death and he was wrongfully accused and imprisoned.

One year into his sentence, Dr. West finds the prison very quiet and with all the jail guards missing, here, as you step out of your prison cell, your adventure starts.

In Subterrain, survive you must! Mars is a hostile planet, you must keep your oxygen levels in check, as well as your hunger, thirst and exhaustion. Do not let your injuries go unnoticed, a broken bone or bloodloss can be fatal.You must also learn how to fight and craft whatever you need to survive. Scavenge for items as you explore and find out what happened to the Mars city MPO.

Zoom 1m 3m 1y All
Track product
GOG.COM CD KEY : You need to register on Gog.com, then use the GOG Key to download and activate your game to play Subterrain.
STEAM GIFT : A Steam gift is a one-time transfer you receive. You activate and install Subterrain to play on Steam, it is a non-refundable game that stays in your Steam games collection. Please read the store description about any language or region restrictions.
STEAM CD KEY : Use the Steam Key Code on Steam Platform to download and play Subterrain. You must login to your Steam Account or create one for free. Download the (Steam Client HERE). Then once you login, click Add a Game (located in the bottom Left corner) -> Activate a Product on Steam. There type in your CD Key and the game will be activated and added to your Steam account game library.
Early Access
Standard Edition
Compare Choose & Buy Download (803)