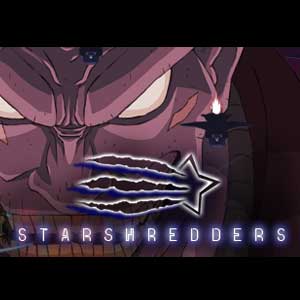 What is STAR SHREDDERS CD key?

It's a digital key that allows you to download STAR SHREDDERS directly to PC from the official Platforms.

How can I find the best prices for STAR SHREDDERS CD keys?

Allkeyshop.com compares the cheapest prices of STAR SHREDDERS on the digital downloads market to find the best sales and discount codes on trusted stores.

STEAM CD KEY : Use the Steam Key Code on Steam Platform to download and play STAR SHREDDERS. You must login to your Steam Account or create one for free. Download the (Steam Client HERE). Then once you login, click Add a Game (located in the bottom Left corner) -> Activate a Product on Steam. There type in your CD Key and the game will be activated and added to your Steam account game library.
Early Access

Star Shredders is a story driven shooter where players can embark on their campaign. Play as Clash a Royterian who heads up the Valkyrie force that protects Roytera. She has been tasked with protecting the planet from an imminent attack planned by general Greet and his forces. She finds herself in the middle of an interstellar war between factions, each with sinister secrets.