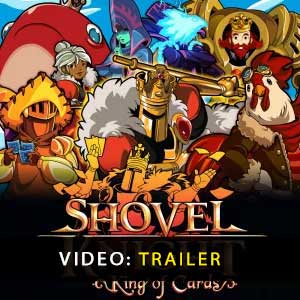 What is Shovel Knight King of Cards CD key?

It's a digital key that allows you to download Shovel Knight King of Cards directly to PC from the official Platforms.

How can I find the best prices for Shovel Knight King of Cards CD keys?

Allkeyshop.com compares the cheapest prices of Shovel Knight King of Cards on the digital downloads market to find the best sales and discount codes on trusted stores.

GOG.COM CD KEY : You need to register on Gog.com, then use the GOG Key to download and activate your game to play Shovel Knight King of Cards.
STEAM CD KEY : Use the Steam Key Code on Steam Platform to download and play Shovel Knight King of Cards. You must login to your Steam Account or create one for free. Download the (Steam Client HERE). Then once you login, click Add a Game (located in the bottom Left corner) -> Activate a Product on Steam. There type in your CD Key and the game will be activated and added to your Steam account game library.
Standard Edition. Read the store description to know the content.

Shovel Knight: King of Cards shows how the team from Yacht Club Games still knows how to break up when it comes to 2D platformers. King Knight’s campaign features brilliantly composed environments with fun obstacles that never get bored. Each level you find yourself in has its own character when it comes to mechanics, and there are plenty of secret areas for those eager to explore. And the King of Cards story is a success in my opinion. The characters stand out with their silly visual designs, and the dialogue possesses that ironic humor for which the entire series is known. On the other hand, I’m less happy with things like Joustus and the Shovel Knight Showdown. Joustus was certainly an ambitious project for this development studio - this is a card game that is innovative above all else. However, there isn’t some complexity that pulls me back. The Shovel Knight Showdown suffers from similar problems, although I will definitely play it a few more times with the company.