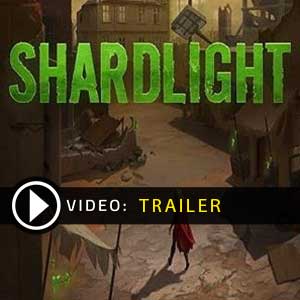 What is Shardlight CD key?

It's a digital key that allows you to download Shardlight directly to PC from the official Platforms.

How can I find the best prices for Shardlight CD keys?

Allkeyshop.com compares the cheapest prices of Shardlight on the digital downloads market to find the best sales and discount codes on trusted stores.

The bombs fell and the world was never the same again. The world ended on that day, as death, hunger, and disease became prevalent. The people left to rule the land controls all the resources and there is no one who dares to go against them.

Water, food and vaccine is scarce, only the rich get to have the needed doses of vaccination, in return they must unconditionally support the government. The poor however are left to fend for themselves. They face hunger, disease and death on a daily basis.

In Shardlight, you will get to play as a woman named Amy Wellard. She doesn’t come from the wealthy sector of society and is reluctantly working for the government hoping that she could be entered into the vaccine lottery. This is the only way for the poor to get vaccinated.

Believing that there is an actual cure for the disease that the government is hiding from the people, Amy sets out to find this cure and she will stop at nothing to find it.

GOG.COM CD KEY : You need to register on Gog.com, then use the GOG Key to download and activate your game to play Shardlight.
STEAM GIFT : A Steam gift is a one-time transfer you receive. You activate and install Shardlight to play on Steam, it is a non-refundable game that stays in your Steam games collection. Please read the store description about any language or region restrictions.
STEAM CD KEY : Use the Steam Key Code on Steam Platform to download and play Shardlight. You must login to your Steam Account or create one for free. Download the (Steam Client HERE). Then once you login, click Add a Game (located in the bottom Left corner) -> Activate a Product on Steam. There type in your CD Key and the game will be activated and added to your Steam account game library.
Special Edition
Standard Edition