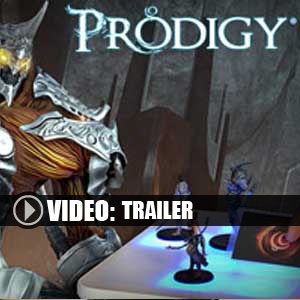 What is Prodigy Tactics CD key?

It's a digital key that allows you to download Prodigy Tactics directly to PC from the official Platforms.

How can I find the best prices for Prodigy Tactics CD keys?

Allkeyshop.com compares the cheapest prices of Prodigy Tactics on the digital downloads market to find the best sales and discount codes on trusted stores.

Set in the magical world of Thasys where mana is the most essential element in order to survive. This specific element is getting scarce and the magical beings are forced to fight for the last few available. As legend has it, there are sleeping creatures that have the original mana source in them and only the Prodigies are the only ones who can awaken these sleeping creatures in order to save Thasys.

Enjoy this turn-based game as you fight hand in hand with powerful guardians. There will be two teams facing each other, fighting in a classic arena on a 3×4 square field. While one side prepares for an attack the other side will prepare for defense or perhaps a counter attack. This makes the game engaging and dynamic at the same time for both players.

The game features a range of playable characters to choose from in order for you to create a team, a tactical turn-based gameplay, arenas that are beautifully designed, online multiplayer, ranked leaderboards and 2 solo modes: training and bastion.

GOG.COM CD KEY : You need to register on Gog.com, then use the GOG Key to download and activate your game to play Prodigy Tactics.
EU STEAM CD KEY: Requires an EUROPEAN IP address or you must activate it with a VPN (Virtual Private Network) in order to play Prodigy Tactics. Might have languages restrictions or language packs. Read the description on the store game page to know if the EU IP is only needed for activation or for playing also (maybe on EU Servers). Most of the stores offer you their help, or show you how to do this with a tutorial to follow.
STEAM CD KEY : Use the Steam Key Code on Steam Platform to download and play Prodigy Tactics. You must login to your Steam Account or create one for free. Download the (Steam Client HERE). Then once you login, click Add a Game (located in the bottom Left corner) -> Activate a Product on Steam. There type in your CD Key and the game will be activated and added to your Steam account game library.
Early Access
Standard Edition