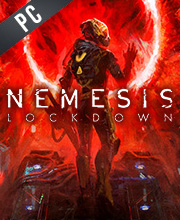 What is Nemesis Lockdown CD key?

It's a digital key that allows you to download Nemesis Lockdown directly to PC from the official Platforms.

How can I find the best prices for Nemesis Lockdown CD keys?

Allkeyshop.com compares the cheapest prices of Nemesis Lockdown on the digital downloads market to find the best sales and discount codes on trusted stores.

Nemesis: Lockdown is a co-op, social deduction multiplayer game, a digital version of one of the most successful board games in the world, developed by InterStudio in partnership with Awaken Realms the original creators of the board games, built for both new players and old fans alike. A secret base on the planet Mars has been besieged by aliens known as xenomorphs, you and you’re your fellow survivors must gather items, explore different rooms, and use your actions, craft, run, and fight Alien intruders. At the same time, every player will try to complete their own secret objective, which will grant them victory, sometimes even killing other players.

STEAM CD KEY : Use the Steam Key Code on Steam Platform to download and play Nemesis Lockdown. You must login to your Steam Account or create one for free. Download the (Steam Client HERE). Then once you login, click Add a Game (located in the bottom Left corner) -> Activate a Product on Steam. There type in your CD Key and the game will be activated and added to your Steam account game library.
Early Access
Compare Choose & Buy Download (710)