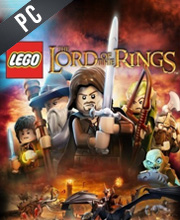 What is LEGO Lord of the Rings CD key?

It's a digital key that allows you to download LEGO Lord of the Rings directly to PC from the official Platforms.

How can I find the best prices for LEGO Lord of the Rings CD keys?

Allkeyshop.com compares the cheapest prices of LEGO Lord of the Rings on the digital downloads market to find the best sales and discount codes on trusted stores.

Lego The Lord of the Rings is a multi-platform action–adventure videogame, developed by Traveller’s Tales. Based on The Lord of the Rings film trilogy, the game follows the original story lines of The Fellowship of the Ring, The Two Towers, and The Return of the King, taking players through the epic story events, “re-imagined with the humor and endless variety of Lego play”.

The game utilizes music and voice acting taken from all three films of the film trilogy. Developer Traveller’s Tales has stated they toned down the slapstick humor found in other Lego-licensed titles. The game follows the events in the films; however, like the Lego Star Wars series, some scenes from the films have been altered to become more family friendly or just provide comic relief to the player.

Players collect and use a variety of weaponry and magical items, including the Light of Eärendil, Elven Rope, swords, and bows. New character abilities include Lighting up dark places (Frodo, Gandalf, Radagast and Saruman) and being thrown at things (Gimli and Gloin). Each character has their own inventory that can be used to collect new and better items. The game has a total of 18 levels (plus a bonus level upon completion), as well as a hidden ending, which is unlocked after 100% of the game is complete.

PUBLISHER WEBSITE CD KEY: Use the CD Key Code to download directly on the Official Website or from the store to play LEGO Lord of the Rings. Follow the instructions given by the store. Verify languages available and possible region restrictions before buying.
EU STEAM CD KEY: Requires an EUROPEAN IP address or you must activate it with a VPN (Virtual Private Network) in order to play LEGO Lord of the Rings. Might have languages restrictions or language packs. Read the description on the store game page to know if the EU IP is only needed for activation or for playing also (maybe on EU Servers). Most of the stores offer you their help, or show you how to do this with a tutorial to follow.
EUROPEAN STEAM GIFT : It’s a steam gift for Europe which requires an European IP address to activate and to play LEGO Lord of the Rings on Steam. Read carefully the store description about region and language restrictions.
STEAM GIFT : A Steam gift is a one-time transfer you receive. You activate and install LEGO Lord of the Rings to play on Steam, it is a non-refundable game that stays in your Steam games collection. Please read the store description about any language or region restrictions.
STEAM CD KEY : Use the Steam Key Code on Steam Platform to download and play LEGO Lord of the Rings. You must login to your Steam Account or create one for free. Download the (Steam Client HERE). Then once you login, click Add a Game (located in the bottom Left corner) -> Activate a Product on Steam. There type in your CD Key and the game will be activated and added to your Steam account game library.
Complete Pack
Standard Edition
Compare Choose & Buy Download (723)

Like Lego the Hobbit is a very nice game to play in SplitScreen with someone. Gived away time ago and with low price righ now.