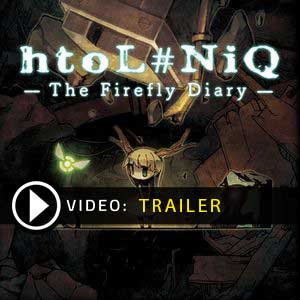 What is htoL#NiQ The Firefly Diary CD key?

It's a digital key that allows you to download htoL#NiQ The Firefly Diary directly to PC from the official Platforms.

How can I find the best prices for htoL#NiQ The Firefly Diary CD keys?

Allkeyshop.com compares the cheapest prices of htoL#NiQ The Firefly Diary on the digital downloads market to find the best sales and discount codes on trusted stores.

In a mysterious desolate world, a young girl named Mion is awakened in the bottom of a deep ruin. As Mion wakes up, she has no memory of anything, not even how she got to be in that location. Two fireflies see her and have the urge to help her get away from her current situation.

The two fireflies will guide the lost Mion to avoid dangerous traps, solve mind-bending puzzles and outwit dangerous monsters and ultimately get out of the darkness.

The game is centered on the girl named Mion but what you will actually be controlling are the two fireflies, Lumen and Umbra. The firefly Lumen serves as the light and can direct Mion’s movements. The shadowy firefly named Umbra will help Mion destroy the obstacles that lie waiting in the shadows. As Lumen and Umbra, you must make sure that Mion will reach the surface safely. Keep her away from the strange and scary shadows which are never far and is always out to get Mion.

STEAM GIFT : A Steam gift is a one-time transfer you receive. You activate and install htoL#NiQ The Firefly Diary to play on Steam, it is a non-refundable game that stays in your Steam games collection. Please read the store description about any language or region restrictions.
STEAM CD KEY : Use the Steam Key Code on Steam Platform to download and play htoL#NiQ The Firefly Diary. You must login to your Steam Account or create one for free. Download the (Steam Client HERE). Then once you login, click Add a Game (located in the bottom Left corner) -> Activate a Product on Steam. There type in your CD Key and the game will be activated and added to your Steam account game library.
Standard Edition