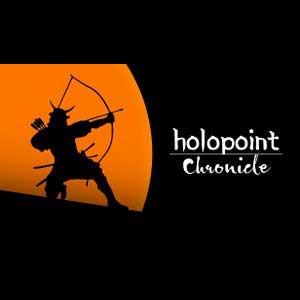 What is Holopoint Chronicle CD key?

It's a digital key that allows you to download Holopoint Chronicle directly to PC from the official Platforms.

How can I find the best prices for Holopoint Chronicle CD keys?

Allkeyshop.com compares the cheapest prices of Holopoint Chronicle on the digital downloads market to find the best sales and discount codes on trusted stores.

STEAM CD KEY : Use the Steam Key Code on Steam Platform to download and play Holopoint Chronicle. You must login to your Steam Account or create one for free. Download the (Steam Client HERE). Then once you login, click Add a Game (located in the bottom Left corner) -> Activate a Product on Steam. There type in your CD Key and the game will be activated and added to your Steam account game library.
Standard Edition

This was a snap-buy for me because of how much I enjoyed the original. I’m happy to support the developers of one of my top VR games, but I’m still surprised that this wasn’t a DLC to the original game. I can’t recommend the original over this one because of the extra mechanics added to the new targets. Beyond that, it’s the same game with different environments to divide up the various new targets. I can’t ask for more than that from a DLC, but again this is not a DLC so I feel like there should’ve been something more to it to justify that. In my eyes, the developers have split one game in half. The new game leaves out great components that the original had, like a time attack mode and different kinds of targets and adds in content that couldve just been an update in the original. If this were my game i would try to make it as good as i can, and the new game is worth the pricetag of the original, but I hope to see the devs reintroduce the maps and game-modes that made the classic what it is.