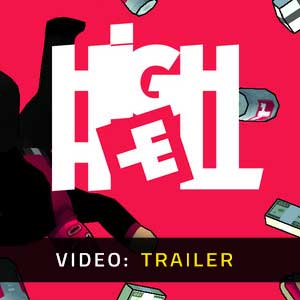 What is High Hell CD key?

It's a digital key that allows you to download High Hell directly to PC from the official Platforms.

How can I find the best prices for High Hell CD keys?

Allkeyshop.com compares the cheapest prices of High Hell on the digital downloads market to find the best sales and discount codes on trusted stores.

High hell is a neon-soaked arcade-style first-person shooter game developed by Terri Vellmann known for his work on Heavy Bullets and Doseone known for their work on Enter the Gungeon and Gang Beasts. Attack the criminal underground with the most blessed shotguns and bring salvation to those that have fallen from the light. Footwork and righteous fury are crucial if you want to survive the escalating series of absurd outlandish missions where you pop the brains of brainwashed chimps, deface company property, and dismantle the operations of an unrepentant cartel.

That’s what will really seal the fate of High Hell: cost. If you decide to pull the trigger on it, I can guarantee that you’ll have an absolute blast. It’s 2016’s DOOM on acid. However, if you’re not into high score chasing or collectible hunting, you may want to postpone this trip to hell.

With a cheap price, you really can’t ask for a better deal. High Hell hits some great highs and does so without being padded out for length. Definitely worth a playthrough.

This Bundle Pack contains five games from The Terri, Dose, Kitty, And Jw Collection made in celebration of the release of Disc Room, a game by Kitty Calis, Jan Willem Nijman, Terri Vellmann, and Doseone.

STEAM CD KEY : Use the Steam Key Code on Steam Platform to download and play High Hell. You must login to your Steam Account or create one for free. Download the (Steam Client HERE). Then once you login, click Add a Game (located in the bottom Left corner) -> Activate a Product on Steam. There type in your CD Key and the game will be activated and added to your Steam account game library.
Bundle
Standard Edition
Compare Choose & Buy Download (710)