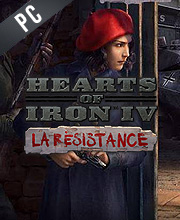 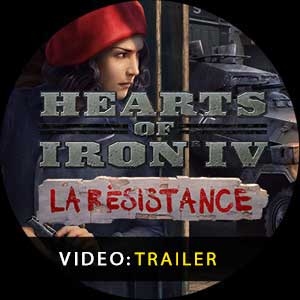 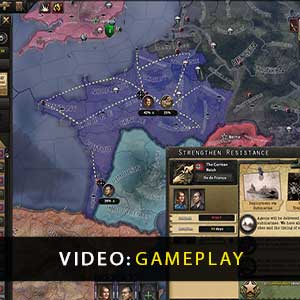 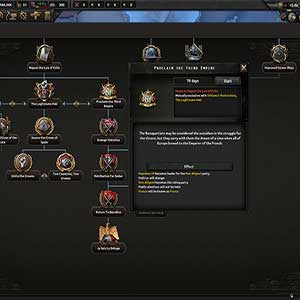 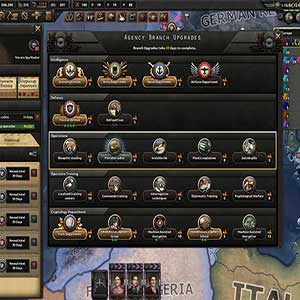 You can participate to these tests by adding comments about your digital download purchase in the store review page. Enjoy the best deals for Hearts of Iron 4 La Resistance CD Key with Allkeyshop.com!

Hearts of Iron 4 La Resistance is a simulation, strategy videogame that is developed by Paradox Development Studio and published by Paradox Interactive. This is a DLC, so the base game which is Hearts of Iron IV is needed to play the game.

Features a new focus tree which is France as well as the Vichy Regime. Players will also have the option to restore the old French Monarchy. The Spanish campaign is now more in-depth and it focuses on the Republican and Nationalist Spain. There will also be a unique focus tree for Portugal.

Espionage will be a huge part of the expansion. Make sure to support the resistance and give the people what they need to survive.

Hearts of Iron 4 La Resistance is a game that you will surely be hooked on for hours.

STEAM KEY ROW : It means for Rest Of the World countries which are not concerned by the region restrictions. This product can't be purchased and activated in Several countries. Please read the store description to know the full list of countries which are concerned. Use the key to Download and play Hearts of Iron 4 La Resistance on Steam.
STEAM CD KEY : Use the Steam Key Code on Steam Platform to download and play Hearts of Iron 4 La Resistance. You must login to your Steam Account or create one for free. Download the (Steam Client HERE). Then once you login, click Add a Game (located in the bottom Left corner) -> Activate a Product on Steam. There type in your CD Key and the game will be activated and added to your Steam account game library.
EUROPEAN STEAM GIFT : It’s a steam gift for Europe which requires an European IP address to activate and to play Hearts of Iron 4 La Resistance on Steam. Read carefully the store description about region and language restrictions.
EU STEAM CD KEY: Requires an EUROPEAN IP address or you must activate it with a VPN (Virtual Private Network) in order to play Hearts of Iron 4 La Resistance. Might have languages restrictions or language packs. Read the description on the store game page to know if the EU IP is only needed for activation or for playing also (maybe on EU Servers). Most of the stores offer you their help, or show you how to do this with a tutorial to follow.
STEAM GIFT : A Steam gift is a one-time transfer you receive. You activate and install Hearts of Iron 4 La Resistance to play on Steam, it is a non-refundable game that stays in your Steam games collection. Please read the store description about any language or region restrictions.
Preorder bonus. You have to buy this product before the release to get the preorder bonus. Please note that pre-orders might not include the same bonuses as Official Website, Read the store description to know the content.
DLC. (Downloadable content) It's an Add-on. You need the game in order to use it.