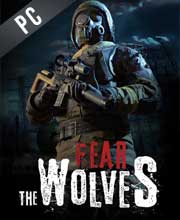 What is Fear The Wolves CD key?

It's a digital key that allows you to download Fear The Wolves directly to PC from the official Platforms.

How can I find the best prices for Fear The Wolves CD keys?

Allkeyshop.com compares the cheapest prices of Fear The Wolves on the digital downloads market to find the best sales and discount codes on trusted stores.

Fear The Wolves is an action–adventure massively multiplayer video game that is developed by Vostok Games and published by Focus Home Interactive.

The game is a competitive first-person shooter battle royale that beings S.T.A.L.K.E.R. DNA right into the heart of the battle arena. There will be 100 players that will be dropped off into a 25 KM map. The environment is oppressive with some locations being ravaged by radiation.

Offering a classic Battle Royale mode with the last man standing out of the 100 as the winner. Some twists in the gameplay will also be available.

Players will not only have to worry about other players but the mutants, weather, radiation and the scary anomalies as well. Some locations will be dangerous radioactive zones and players with the right gear are the only ones who can enter. There will be powerful loot in these areas as well. All throughout the wasteland are mutated creatures that players have to be aware of.

Make sure to reach the extraction point. Kill off everyone in your way or make a mad dash to the extraction helicopter. There will be different ways for each extraction.

Get to choose from the 20+ weapons with the many attachments available. Choose the correct gear as radiation does spread quickly.

Will you be the last man standing in Fear The Wolves?

Zoom 1m 3m 1y All
Track product
EU STEAM CD KEY: Requires an EUROPEAN IP address or you must activate it with a VPN (Virtual Private Network) in order to play Fear The Wolves. Might have languages restrictions or language packs. Read the description on the store game page to know if the EU IP is only needed for activation or for playing also (maybe on EU Servers). Most of the stores offer you their help, or show you how to do this with a tutorial to follow.
STEAM CD KEY : Use the Steam Key Code on Steam Platform to download and play Fear The Wolves. You must login to your Steam Account or create one for free. Download the (Steam Client HERE). Then once you login, click Add a Game (located in the bottom Left corner) -> Activate a Product on Steam. There type in your CD Key and the game will be activated and added to your Steam account game library.
STEAM KEY ROW : It means for Rest Of the World countries which are not concerned by the region restrictions. This product can't be purchased and activated in Several countries. Please read the store description to know the full list of countries which are concerned. Use the key to Download and play Fear The Wolves on Steam.
Standard Edition
Compare Choose & Buy Download (772)

Hmm Another Battle Royale game, the graphics look more realistic than Fortnite and PUBG but not sure about the gameplay, it already has mixed review but that’s probably because it is still in Early Access!