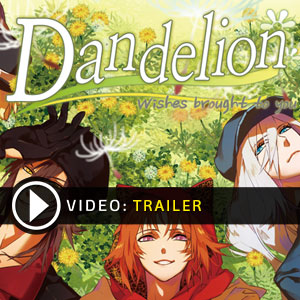 What is Dandelion Wishes Brought to You CD key?

It's a digital key that allows you to download Dandelion Wishes Brought to You directly to PC from the official Platforms.

How can I find the best prices for Dandelion Wishes Brought to You CD keys?

Allkeyshop.com compares the cheapest prices of Dandelion Wishes Brought to You on the digital downloads market to find the best sales and discount codes on trusted stores.

Dandelion -Wishes brought to you- is a female-oriented dating simulation game published and developed by Cheritz. It is a deep, and well thought out Otome game (visual novel and dating sim) for girls.

It was originally made in Korean but the English translation for Dandelion was released soon enough. Dandelion is known as a simple but unique dating simulation with a sensational storyline and charming characters. It features fantastic art work, beautiful music, and you will experience dramatic emotions throughout the game.

The game also added the voices in the dialogues that gave the characters their personality and adds feelings during the conversations. You will take on the role of Heejung Kim and go through her adventures as she finds her real dream life.

This is a great buy for all otome gamers and definitely worth the money spent on it, it’s actually quite an experience and as for the quality of the game, you are going to get an awesome package. It presents something new to the table. Go check it out immediately!

Zoom 1m 3m 1y All
Track product
STEAM CD KEY : Use the Steam Key Code on Steam Platform to download and play Dandelion Wishes Brought to You. You must login to your Steam Account or create one for free. Download the (Steam Client HERE). Then once you login, click Add a Game (located in the bottom Left corner) -> Activate a Product on Steam. There type in your CD Key and the game will be activated and added to your Steam account game library.
Standard Edition
Compare Choose & Buy Download (743)

A nice otome game if you can get past the stat management system. Gets kinda tedious after a while.