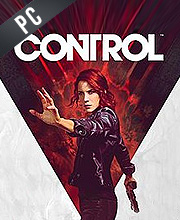 Find all Game Code stores and prices to download and play Control at the best price. Save time and money: Compare CD Key Stores. Activate Control CD Key on your Epic Games Store client to download the game and play in multiplayer.

You can participate to these tests by adding comments about your digital download purchase in the store review page. Enjoy the best deals for Control CD Key with Allkeyshop.com!

Control is a supernatural 3rd person action–adventure game published by 505 Games and developed by Remedy Entertainment for PC.

The story commences after a secretive agency in New York was invaded by an otherworldly threat. During this era you must walk into the shoes of the new Director who initially struggles to regain Control in this supernatural world. Said Director goes by the name of Jesse. The main plot focuses on Jesse’s personal search for answers as she grows into the newly appointed role.

The world of Control has its own story, as do the allies you will encounter along the way. Side-quests and Secrets are everywhere. In addition, Jesse works with other Bureau agents, decodes cryptic ciphers and discovers strange Bureau experiments.

In this game you will get to explore vibrant environments and morphing architecture in a deep unpredictable world, contained within a massive New York building.

Furthermore, you are awarded the freedom to dictate your own play-style as you integrate supernatural abilities, upgrades, and modifiable loadouts.

You may also incorporate the game’s reactive environment in combat, making the gameplay even more so dynamic and exciting. To make the most out of these features, a player must master complex rituals to alter the surroundings.

Be the first one to write a review about Control !

This looks interesting, I might have to check it out more in the future.

I am so looking forward to this game. Everything I’ve seen just looks great.

Looking good. But Epic Store, I’m not coming to this shop for now.

How is this available to buy as a Steam key? Epic Games bought the exclusivity for it for a year.. oh well, another game I’m not getting at release.

It’s like Max Payne and Dana Scully had a baby 😀 On a serious note, game made by the guys that have so many high quality games under their hat cannot miss. Buy this game, you won’t regret it.