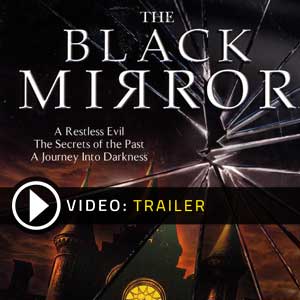 What is Black Mirror 1 CD key?

It's a digital key that allows you to download Black Mirror 1 directly to PC from the official Platforms.

How can I find the best prices for Black Mirror 1 CD keys?

Allkeyshop.com compares the cheapest prices of Black Mirror 1 on the digital downloads market to find the best sales and discount codes on trusted stores.

Black Mirror 1 is the name of the ancestral manor of the Gordon family located in England. Samuel Gordon is forced to return there after 12 years absence following the death of his grandfather, William Gordon. Despite occurring under mysterious circumstances, William’s death is considered a suicide by everyone except for Samuel.

Plagued by sudden nightmares and excruciating headaches, Samuel is determined to find the true causes of his grandfather’s death. Soon, strange and unexpected deaths occur. Samuel’s investigation reveals that his grandfather has interests in the “world of darkness”.

The quests of the game lead to “Dark Mirror”, a portal to an unknown world. Elements of black magic are obvious at the final chapter. The “Dark Mirror” is depicted as a book on a pentagram.

GOG.COM CD KEY : You need to register on Gog.com, then use the GOG Key to download and activate your game to play Black Mirror 1.
PUBLISHER WEBSITE CD KEY: Use the CD Key Code to download directly on the Official Website or from the store to play Black Mirror 1. Follow the instructions given by the store. Verify languages available and possible region restrictions before buying.
STEAM EMEA KEY : What is Steam Key EMEA signification? EMEA means for Europe, Middle East and Africa and several other countries. Please read the store description about country and language restrictions to know which are concerned. Use the key to Download and play Black Mirror 1 on Steam.
STEAM GIFT : A Steam gift is a one-time transfer you receive. You activate and install Black Mirror 1 to play on Steam, it is a non-refundable game that stays in your Steam games collection. Please read the store description about any language or region restrictions.
STEAM CD KEY : Use the Steam Key Code on Steam Platform to download and play Black Mirror 1. You must login to your Steam Account or create one for free. Download the (Steam Client HERE). Then once you login, click Add a Game (located in the bottom Left corner) -> Activate a Product on Steam. There type in your CD Key and the game will be activated and added to your Steam account game library.
Bundle
Franchise Pack
Standard Edition