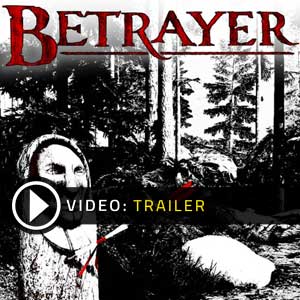 What is Betrayer CD key?

It's a digital key that allows you to download Betrayer directly to PC from the official Platforms.

How can I find the best prices for Betrayer CD keys?

Allkeyshop.com compares the cheapest prices of Betrayer on the digital downloads market to find the best sales and discount codes on trusted stores.

Set in year 1604, you’re sent from England with intent to join a struggling colony on the coast of Virginia. Instead, you arrive in a wooded area with scattered forts and military outposts. Everyone aside from one NPC are dead and it’s your job to find out what happened to this place. As you travel from one open area to another, you find clues and remains of the conflict.

You are able to traverse between the normal world and the dark world- communicate with the spirits of the dead, hearing out their side of the story, and eventually putting together the clues that tell you how they died and why. You must piece all stories together to come up with an absolute conclusion of what has caused this doomed settlement and find a way to set things right again.

But beware, for corrupted Conquistadors and ravening shadows will haunt you as you explore large, open environments filled with danger and discovery. Armed with your wits and a reliable set of 17th century weaponry, you can switch between two different worlds featuring different enemies, obstacles, and threats.

This game has one of the most original ideas in the gaming world that you’ll ever encounter. Delivers a balance between obscure and serene. Definitely a must have!

Zoom 1m 3m 1y All
Track product
STEAM GIFT : A Steam gift is a one-time transfer you receive. You activate and install Betrayer to play on Steam, it is a non-refundable game that stays in your Steam games collection. Please read the store description about any language or region restrictions.
STEAM CD KEY : Use the Steam Key Code on Steam Platform to download and play Betrayer. You must login to your Steam Account or create one for free. Download the (Steam Client HERE). Then once you login, click Add a Game (located in the bottom Left corner) -> Activate a Product on Steam. There type in your CD Key and the game will be activated and added to your Steam account game library.
Standard Edition
Compare Choose & Buy Download (759)