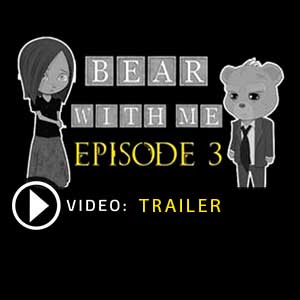 What is Bear With Me Episode Three CD key?

It's a digital key that allows you to download Bear With Me Episode Three directly to PC from the official Platforms.

How can I find the best prices for Bear With Me Episode Three CD keys?

Allkeyshop.com compares the cheapest prices of Bear With Me Episode Three on the digital downloads market to find the best sales and discount codes on trusted stores.

Bear With Me Episode Three is an adventure video game developed and published by Exordium Games. This is a downloadable content and players would need the base game Bear With Me to play.

This is the third and final episode of Bear With Me. Amber seemed to have been kidnapped and Ted tasked himself to look for her. Amber must be found by all means because she is the only one who is able to put a stop to the arsonist Red. Expect some emotional turmoil in this final episode because Amber will finally convince Red to stop what he is doing.

The game features a story-driven adventure game featuring beautifully drawn 2D Art Style as well as animations. Its original soundtrack also fitting for the game is something that players would enjoy listening to. Offering sarcastic and dark humor filled with puns as well as so many clues and puzzles for you to finally uncover the game’s mystery.

Know what is to happen in this concluding episode of Bear With Me.

STEAM CD KEY : Use the Steam Key Code on Steam Platform to download and play Bear With Me Episode Three. You must login to your Steam Account or create one for free. Download the (Steam Client HERE). Then once you login, click Add a Game (located in the bottom Left corner) -> Activate a Product on Steam. There type in your CD Key and the game will be activated and added to your Steam account game library.
Bundle
DLC