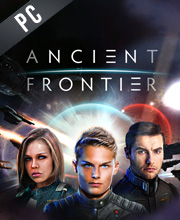 What is Ancient Frontier CD key?

It's a digital key that allows you to download Ancient Frontier directly to PC from the official Platforms.

How can I find the best prices for Ancient Frontier CD keys?

Allkeyshop.com compares the cheapest prices of Ancient Frontier on the digital downloads market to find the best sales and discount codes on trusted stores.

Ancient Frontier is a turn-based sci-fi strategy game developed by Fair Weather Studios, LLC set in the far future and in deep space players will command a fleet of ships on their own you can explore, conquer, pillage, or liberate the frontier of space in two unique campaigns. The spiritual successor of the studio’s first game Bladestar it takes it much deeper with warring factions, double crossing corporations, privateers, and galactic governments.

This Edition of Ancient Frontier contains three games from the vault of Fair Weather Studios:

Zoom 1m 3m 1y All
Track product
STEAM CD KEY : Use the Steam Key Code on Steam Platform to download and play Ancient Frontier. You must login to your Steam Account or create one for free. Download the (Steam Client HERE). Then once you login, click Add a Game (located in the bottom Left corner) -> Activate a Product on Steam. There type in your CD Key and the game will be activated and added to your Steam account game library.
Collection
Standard Edition
Compare Choose & Buy Download (743)