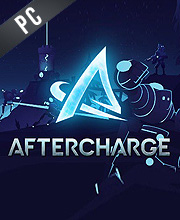 What is Aftercharge CD key?

It's a digital key that allows you to download Aftercharge directly to PC from the official Platforms.

How can I find the best prices for Aftercharge CD keys?

Allkeyshop.com compares the cheapest prices of Aftercharge on the digital downloads market to find the best sales and discount codes on trusted stores.

Aftercharge is an action first person shooter game published and developed by Chainsawesome Games for PC.

The game consists of 3 vs 3 competitive action in which a team of 3 invisible robots combat an invincible security squad of 3. There are 6 illuminated structures named extractors situated at the heart of the game. The extractors serve as the objective for both teams. As robots you must attack in unison, create diversions and sneak around to destroy the extractors. The security squad must remain mobile and active while applying their abilities effectively to fend off robotic attacks. Chainsawesome promises a unique blend of fresh mechanics as you may revive downed allies with no cooldown on your abilities, unlike any shooter you have played.

Prepare for constant and face paced competitive matches as the teams and maps are small, the rounds are short and the action never stops.

Select from a host of different characters, each with unique abilities an play-style. Aftercharge offers online multiplayer and matchmaking Team up with players anywhere around the world and compete against opponents of similar skill capacity.

Zoom 1m 3m 1y All
Track product
STEAM CD KEY : Use the Steam Key Code on Steam Platform to download and play Aftercharge. You must login to your Steam Account or create one for free. Download the (Steam Client HERE). Then once you login, click Add a Game (located in the bottom Left corner) -> Activate a Product on Steam. There type in your CD Key and the game will be activated and added to your Steam account game library.
Standard Edition
Compare Choose & Buy Download (743)