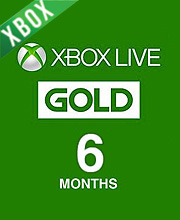 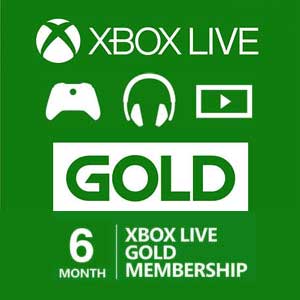 The Xbox Live Game Code stores displayed are legal and our staff tests them regularly.

You can participate to these tests by adding reviews about your Xbox Live Game Code purchase in the store review page. Enjoy the best deals for 6 Months Gold Xbox Live Game Download Code with Allkeyshop.com!

Active subscribers also get two to four free games per month that they can keep in their library forever. This includes backwards-compatible Xbox 360 games that can be played on both the Xbox 360 and the Xbox One. An active subscription is required to play games that were redeemed through this service.

Subscribers can also avail of huge discounts when purchasing console games from the Microsoft Store.

This listing is for a 6-month Xbox Live Gold subscription.

To access the Xbox Live Marketplace you need the following components and services:
* Xbox One or Xbox 360 Console
* A broadband internet connection
* Xbox Live Silver membership (included in the product contents of the Xbox 360 entertainment system)
* A free Microsoft Passport account
* Hard Disk or Memory Unit for the Xbox One / Xbox 360 Console
XBOX LIVE GOLD MEMBERSHIP CARD GLOBAL : Xbox Live Gold Subscription Code Worldwide for All Xbox One Account. Redeem the code for Xbox Live Gold 6 Months on your Xbox Account and play on Xbox One Online.