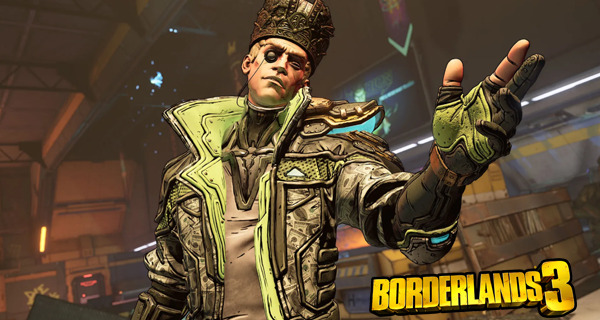 Purchasing Borderlands 3 on Steam before the end of March nets you a Gold Weapon Skins Pack for free. You will be able to access these skins and trinkets then apply them to all weapons in the game. Also, you must have the game installed to redeem the DLC.

Borderlands 3 is currently available on Steam at a 50% discount just in case you needed further incentive to make the purchase. However, bear in mind that the discount is only offered for a limited time; much like the Gold Weapon Skins Pack.

Up until recently, Borderlands 3 was exclusively offered on the Epic Games Store where the vast majority of the players have already purchased copies. If you are among the lot that will be purchasing for the first time through Steam, you will still be able to play with your friends who have purchased through the Epic Games Store because cross-play is supported across both PC versions.


Attention Steam players: the Gold Weapon Skins Pack for #Borderlands3 is free now through April 1 — make sure to redeem it before then! Get it here: https://t.co/9mnBdvqCca pic.twitter.com/xZD1d51Iu0

For those who don’t already know, Borderlands 3 is a loot-and-shoot game that was developed by Gearbox Software. In the game, you surge through new worlds dispatching enemies as one of four brand new Vault Hunters. The said Vault Hunters come bearing deep skill trees, abilities, and customization so you can make them unique to you. Also, the enemies you kill drop loot which is an effective way to acquire upgraded weapons to further fortify your arsenal.

As stated, the game features a co-operative multiplayer mode but you can also play solo if you so desire. Gearbox Software urges you to take advantage of promotions while the offer stands. After this, you can prove you have the mettle to save your home from the most ruthless cult leaders in the galaxy.

Borderlands 3 is available for PC, PlayStation 4, Xbox One and Stadia.