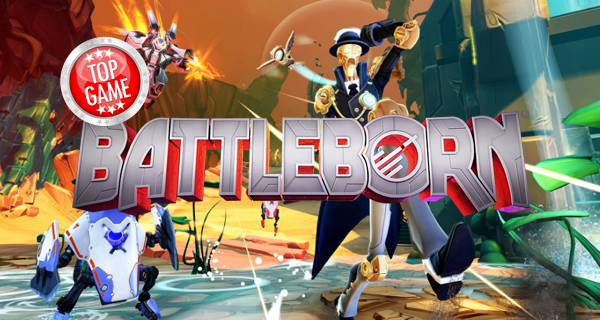 If you’re all aboard the hype train, then you know that Battleborn is one of the most-awaited games this year, and we’ve dished out on some Battleborn reviews to see how gamers and critics rate the game. Today we have compiled some of the reviews from gaming websites as well as other players like you. We’ve also included a summary of what they think are the pros and cons of the game.

And don’t forget that Battleborn is one of our Top Games, so do check out our price comparisons for the game and score the best deals!

Battleborn merges cooperative and competitive, hero and shooter, loot and shoot into an excellent melting pot and symbol of the times. Charismatic characters, clever intricacies, and compelling gameplay make this one of the best multiplayer experiences of the generation yet.

-Its roster of heroes are diverse and interesting -Each opening credit for each episode in the Story Mode is gorgeous -“Melee feels good” -Gameplay is engaging; each episode in the story stands alone and easily provides 30-40 minutes of playing -Excellent multiplayer experience across all game modes -There are tons of progression in the game

-Some issues when it comes to performance: “PC version saw individual maps having massively varying framerates for different rigs, and the console versions have limited options compared to their computer counterpart” -Prone to crashes and :odd quirks” -No option to select a specific story mission which players can queue up publicly

Battleborn could have easily been a soulless copycat of Borderlands or just another MOBA, but this is one fusion game that has its own identity and lays the solid groundwork for much more to come.

-The blend of first-person shooter and MOBA is intriguing -The game is a complete package. No microtransactions! -Characters are diverse -Single player missions are highly replayable -Its Helix System -Its Buildables added depth to the game

-“Story could be fuller, have more framing content per episode” -Limited number of PvP maps per mode

Your screen will fill with so much colour that it might induce a state of fun and enjoyment.

Could be the GOTY for me. Has multiplayer, has single player, has co-op, has competitive play. This game is the full package, something other games should work on. Good bye life.

Despite how much I like the game between the beta and now, I’m just sending a warning to anyone with AMD GPUs that there are some SERIOUS framerate issues. Overall, loving the game, hating the technical issues.

We will update this post as soon as other major gaming websites post their respective scores and final verdict on the game. But so far, how do you find the game basing on these reviews? Let us know by posting your thoughts in the comments section below!