15 of the Most Difficult Games and Compare Prices

“You want to play a Difficult Games, but don’t know which one to choose?

Luckily Allkeyshop is here to help you with this top 15 of the best Difficult Games!”

What are the Most Difficult Games 2021?

Slash and dash through this fast-paced neo-noir action-platformer and use the power of time to your advantage. Dodge and trap your enemies in increasingly-creative ways. Discover a rich story written by the blood of those you defeat.

Play as Madeline and survive your inner demons to make it to the top of Celeste Mountain. Madeline can jump, climb, and perform a mid-air dash. There is an Assist Mode that allows players to modify the game’s mechanics, giving Madeline invincibility, infinite air-dashes, or even slowing the game down. The game contains more than 700 screens of hardcore platforming challenges and B-side and C-side chapters to unlock.

A roguelike-Metroidvania game, Dead Cells features tough but fair combat, more than fifty weapons and spells, and of course, the emergency panic roll to get you out of trouble. Once unlocked, special permanent abilities allow you to access new paths to reach your objective. Opt for the path that suits your current build, your play style, or just your mood.

Get to grips with the fastest brawler on the planet and survive against the odds as you get to grips with the world’s ultimate two-button fighter. The action is seamless with more than 1,000 different animations, dozens of skills to unlock, and fast-paced, relentless combat.

Craft and perfect your defense across dozens of original maps, with vibrant new monkey animations and upgrade skins. There are now 21 powerful monkey towers, each with three upgrade paths and over 100 meta-upgrades that buff monkey towers or monkey groups. Play across multiple offline and online game modes, featuring Restricted Monkeys, Double Health, and the Brutal CHIMPS rules.


Blast your way through an old school-inspired shooter and fight back against the machines that now look to Hell for their need for blood. Avoid relentless attacks, use incredibly destructive weapons, and earn combos to gain massive point scores.

Baba is You is an award-winning puzzle game where you decide how to play the game. Solve puzzles by manipulating word tiles so that they correspond with the correct objects and obstacles to complete each level’s goal. Baba is You contains hundreds of levels, including dozens of extra levels, three secret levels, and six overworld puzzles.

Baba Is You System Requirements


Build beautiful towns within an environment that features no objectives. Pick the colors, drop blocks, and watch the town build from the ground up, including cathedrals, canals, bridges, and stairways.

Unravel Ori’s destiny and embark on a new journey that takes you across a vast and exotic world, forcing you to defeat incredible enemies and solve challenging puzzles. As a white guardian spirit, you will move between platforms and solve puzzles.

Every playthrough is unique with more than 220 cards, 5 monster clans, over 80 artifacts, and more than 20 unique random events. Strategize, plan, upgrade, and duplicate your cards and complete daily challenges that offer modified runs and global leaderboards. Design your own challenge and share it, or compete online with up to 8 players supported in a dash to hell like never before.

Survive the harsh terrain of Siberia in the new contracts-based system and experience pure sniping gameplay with the latest game from CI Games. The all-new dynamic reticle system offers the most realistic and intense sniping experience of any game to date. The game features open-ended contracts, bounties, and challenges that deliver strong replayability options to eliminate targets and collect cash for upgrades.

What is a Difficult Game?

The hardest video games frustrate the player by design, offering a constant and relentless challenge. 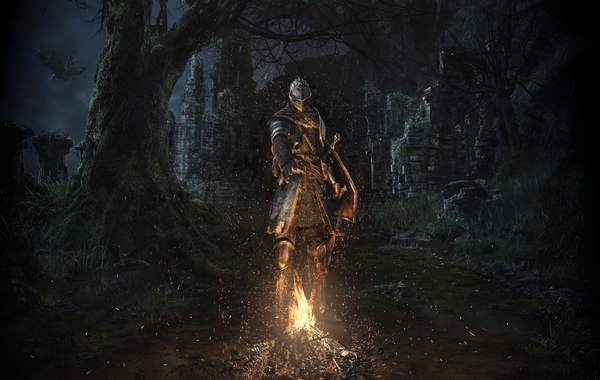 These games often give the player little health or single life, penalize the player by giving less health after death, and feature a new game+ mode once completed for an extra challenge. Some of the hardest games offer very little guidance, forcing players to choose their path and learn from their mistakes. The hardest games are not fair and require dedication and persistence to complete.

Why Are We Doing a Top 15 Most Difficult Games List?

Difficult Games are available at incredible prices, but with so many to choose from, we want to help you pick the game that’s right for you.