“You want to play an Upcoming 2021 Xbox Series X Games, but don’t know which one to choose?

Luckily Allkeyshop is here to help you with this top 15 of the best Upcoming 2021 Xbox Series X Games!”

Be a psychic super-spy, and with the help of your team, stop Maligula, the evil psychic villain, from being brought back from the dead. With the Psychonauts lacking leadership, they face the prospect of there being a mole within the group. As Raz, you will need to use your powers and stop their evil plan.

Explore a non-linear story and one of the biggest open-worlds in gaming with the next S.T.A.L.K.E.R. release. Immerse yourself in the game’s horror atmosphere and make choices that will have consequences both short and long-term, and discover its multiple endings.

6. The Lord of the Rings: Gollum

Play as one of the most recognizable characters in the Lord of the Rings franchise and jump into his epic quest to once more get his hands on The One Ring. Be Gollum and use cunning, stealth, and agility to survive as he makes his way through iconic locations such as the Dark Tower and Mirkwood. Decide which personality wins, Gollum, or Smeagol, as you make choices that will have lasting consequences on his fate.

The Lord of the Rings: Gollum PC System Requirements

Explore a stunning universe as Nara, an ace pilot now a fugitive and fighting back against the cult responsible for her creation. Destroy your enemies in fast-paced zero-g combat in your trusted starfighter and use the ship’s abilities to navigate through the dangers of space. Reunite forces against the Circle and bring an end to the Great Prophet.

From the developers of Warhammer: Vermindtide comes a new first-person 4-player co-op experience set in the city of Tertium. Facing endless hordes of enemies, work together and fight your way through the Admonition cult and save the planet Atoma Prime from falling to Chaos.

Set off a childhood adventure set in the early 1990s and investigate the cause of a mysterious crash and save your home town. Battle monsters, robots, and massive bosses in epic turn-based combat, and level up your party to gain new skills. The game features a lovely 3D pixel look and has original music to accompany the charming story.

ExoMecha, the free-to-play online competitive shooter, lands on Xbox in 2021 and offers an immersive experience, HD visuals, and fluid gameplay. Enter a massive battlefield in your personalized mech and defeat your enemies using melee weapons, such as swords and shields. The game features several game modes, plenty of gadgets, and abilities to make your playstyle unique.

Earn your place among legends and steal from the oppressive government to claim riches and treasures for yourself. Fight for loot in PvPvE medieval multiplayer and use loot gained to unlock more perks, weapons, and cosmetics.

Travel to Hogwarts in the 1800s and be the one to stop the wizarding world from tearing itself apart. Immerse yourself in an open-world RPG and customize your character with spells, potions, and talents. Explore iconic locations in the Harry Potter universe and decide to fight for good or sinister magic.

With Batman dead, it is up to Nightwing, Robin, Batgirl, and the rest of the Bat Family to keep Gotham’s streets safe from the criminal underworld. An open-world RPG, the game supports solo and two-player co-op and will have you patrolling five areas of the city searching for trouble.

Play through the incredible Skywalker saga and experience all nine Star Wars films like never before with all the Lego game humor. Play your way, choosing which part of the story to begin and end with. Live out all of the iconic Star Wars moments, updated with Lego-style fun. Play as iconic heroes and villains, and explore Star Wars locations made famous by the films. Suitable for all ages, The Skywalker Saga introduces the Star Wars story to new and old fans in a unique and fun experience.

Play as a young Sherlock and build your reputation as the world’s finest detective in this open-world action game. The game challenges you to use clues, rumors, disguises, and evidence to solve the cases nobody else can. Uncover truth and lies, and discover everything you can about the only friend you have so that you can save others.

An upcoming 2021 Xbox Series X game is a highly-anticipated video game expected to release in 2021 for Microsoft’s newest console. 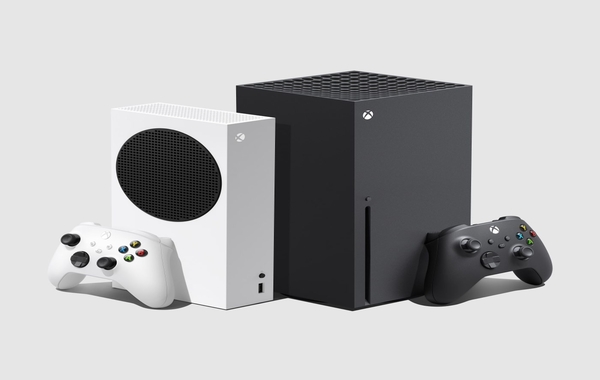 Upcoming 2021 Xbox Series X Games are available at incredible prices, but with so many to choose from, we want to help you pick the game that’s right for you.

Nice compilation of what we SHOULD be expecting in the near future. Some of those games are definitely my type of game!

Very excited to hear from RE: VILLAGE (Apart from that scene everybody is talking about :D)

well i don’t have xbox series but i don’t see why i should buy a game on xbox and not on pc, xbox don’t have any exclusives

We’ll see how they turn out, but RE game looks kinda nice.