“You want to play an Upcoming 2021 Nintendo Switch Games, but don’t know which one to choose?

Luckily Allkeyshop is here to help you with this top 15 of the best Upcoming 2021 Nintendo Switch Games!”

What are the Top 15 Best Upcoming 2021 Nintendo Switch Games ?

After ten years, the assassin action game is back, with new weapons, moves, and insane gameplay. Return to the Garden of Insanity and show off your blade skills as you face-off against challenging enemies and remind everyone why you’re the best in the assassin business.

Play through the incredible Skywalker saga and experience all nine Star Wars films like never before with all the Lego game humor. Play your way, choosing which part of the story to begin and end with. Live out all of the iconic Star Wars moments, updated with Lego-style fun. Play as iconic heroes and villains, and explore Star Wars locations made famous by the films. Suitable for all ages, The Skywalker Saga introduces the Star Wars story to new and old fans in a unique and fun experience.

Jump into modern-day Japan and explore a world much like our own but with the protagonist able to form connections with demons. The game reflects our own current world, with people concerned about jobs, growing old, terrorism, and nuclear weapons.

In Card Shark, there is only one way to win, and that is to cheat. Learn and master card tricks, sleight of hand, and other deceptive techniques in this game all about cheating your way to richness. The game features mini-games, roguelike elements, progression, and new locations to unlock as you cheat your way to the high stake games.

Roll the dice and accept your fate in a kingdom where every citizen’s future is determined by the roll they make. Play as Even, and along with Dicey, break the curse and rules, and make your future your own.

Forge your own path in the Digimon universe and set off an adventure filled with monsters, danger, and mystery. The game is a story-driven RPG with turn-based battles and has animated cutscenes, an original cast, and plenty of drama. Play through the game the way you want to and change the ending depending on the decisions you make as you play.

8.The Lord of the Rings: Gollum

Play as one of the most recognizable characters in the Lord of the Rings franchise and jump into his epic quest to once more get his hands on The One Ring. Be Gollum and use cunning, stealth, and agility to survive as he makes his way through iconic locations such as the Dark Tower and Mirkwood. Decide which personality wins, Gollum, or Smeagol, as you make choices that will have lasting consequences on his fate.

The Lord of the Rings: Gollum PC System Requirements

Hit the field in the bloodiest football arena and defeat the opposing team using brutal force. A turn-based strategy game at heart, Blood Bowl 3 is set in the Warhammer universe and lets you play as elves, humans, and orcs. Cause havoc on the field and punch, kick and charge your way to victory.

Experience skateboarding like never before as you take on the role of a skate-loving bird and kick-flip your way through bird-sized parks. Earn fame and grow your following, and unlock new areas, cosmetics, and boards. Grind, jump and flip over straws, staplers, and sticky tape as the incredible bird you are.

Beat the competition in a new racing game that is easy to pick up and play but difficult to master. Select cars from different eras, manage your car wear and tear, create a strategy, battle wheel-to-wheel, and unlock awesome rewards.

Ubisoft brings you a new intense, fast-paced sports game, giving you the chance to rise from the streets to global superstar. Glide on walls, dodge tackles, and score goals in 3v3 high-octane action, all while rolling.

Enter a puppet theatre experience and escape your captors in this stunning side-scrolling adventure game. Discover a war-torn medieval world where danger and betrayal are only a jump away, and win over the audience to change your fate.

Fall into a lovely telling of loss, isolation, revenge, and plague in this real-time action RPG. Using steel and secrecy, take back the floating castle of Welkin from the evil tyrant and set the people of the earth free from the plague that threatens mankind’s existence.

Cursed by a witch and turned into a rat, you must work with the rest of your cursed pirate crew to capture an evil pirate and break the spell. Explore Ireland in 1777 and fight creatures and bosses, discover hundreds of rooms, solve puzzles, and unlock weapons and abilities. Break the curse together with support for up to 4-player local co-op, and bring an end to the evil.

What is an Upcoming 2021 Nintendo Switch Games ?

An upcoming 2021 Nintendo Switch game is a highly-anticipated video game expected to release in 2021 for Nintendo’s latest console. 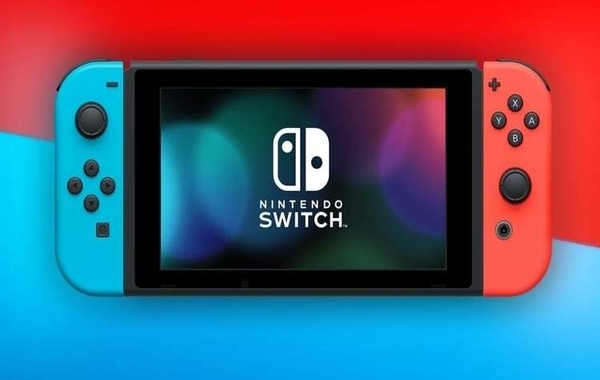 Upcoming Nintendo Switch games launch online via Nintendo eShop and in physical stores on a disc.

Developed exclusively for the Nintendo Switch, these games are designed to be used both for Switch when played as a handheld and home console.

Upcoming Switch games require a subscription to the Nintendo Switch Online service, use the JoyCon controllers, and are mostly family-friendly.

Why Are We Doing a Top 15 Upcoming 2021 Nintendo Switch Games List?

Upcoming 2021 Nintendo Switch Games are available at incredible prices, but with so many to choose from, we want to help you pick the game that’s right for you.

Nintendo has expensive games but its ok i guess…

Thank you for putting up top 15 lists like this one. Its always nice to check them out to see what games are out there and might be recommended.

Literally cannot wait, need some more games for my switch 😀

I can’t wait to try some of these games.They look pretty good.

I’m really looking forward to Lego Star Wars. I love me some Star Wars and it’s going to be great on the switch.