15 of the Best Hand-drawn Games and Compare Prices

” You want to play a Hand-drawn Games, but don’t know which one to choose?

Luckily Allkeyshop is here to help you with this top 15 of the best Hand-drawn Games! “

Follow the journey of a space gnome traveling across the universe with the help of his magic flute. Discover a world of challenges, secrets, beautiful artwork, and unique creatures as you attempt to uncover the origins of the flute.

Play as Roman, a furry detective on the case of some mysterious happenings as he attempts to save his vacation. Solve five original cases, all linked to each other, and explore Apollon as sniff around for clues. Take some time out from the case-solving and play mini-games in the tavern, including darts and card games.

Quest, scheme, hire and explore in this epic swashbuckling adventure. Craft your own story as you destroy other players to reach the end of the journey and become King or Queen of Armello. Survive bandits, a spreading corruption, dangerous monsters to earn victory and reach the crown.

The Longing is a unique game, where the player is a lonely Shade who has to reside in an earthen palace until the King awakens in 400 days. The game ticks down the 400 days even when you are offline, meaning that you can come back when it pleases, even waiting 400 days, but be careful as the Shade gets even lonelier without you there. Explore caves, read books, uncover secrets, spend the days however you like. You have plenty of time until the King returns.

Explore a vast ruined kingdom of insects and heroes and discover twisted caverns and battle tainted creatures in the beautifully hand-drawn Hollow Knight. The game is a 2D Metroidvania souls-like game in the world of Hallownest, consisting of large, inter-connected areas with unique themes. The game continues to be updated, adding extra content, including harder versions of bosses and more possible endings.

Play as Gris, a girl in pain, and lost in her own world as she tries to deal with the sorrow that overwhelms her. Navigate the delicate world through puzzles, platforming, and challenges, and discover a story of emotional growth and determination.

Supergiant’s most ambitious game to date in which you must lead a band of exiles to their freedom. Every battle, whether victory or defeat, moves your one step closer to freedom. Outfit your band from more than 20 unique characters, equip them with talismans and masteries, and take on the challenges of a stunning campaign.

Play as a French artist and paint art that you can sell to support your wine and baguette addiction. Pay your bills through your work, unlock better galleries and customers, and create your masterpiece.

12. Werewolf: The Apocalypse — Heart of the Forest

The World of Darkness universe comes to life in video game form with an immersive narrative that will have you on the edge of your seat. Make difficult choices that will have a lasting impact and be the werewolf destiny has already planned for you. Uncover the truth of an ancient war being fought to this day by the protectors of nature and the forces of destruction.

Werewolf: The Apocalypse — Heart of the Forest System Requirements

This beautiful hand-painted world comes to life in a story of discovery, fantasy, and murderous pieces of furniture. Solve intricate puzzles, explore the rich environments, and uncover secrets and hidden pieces of art to uncover the truth of a secret that shouldn’t be known.

Experience an excellent point and click adventure, and uncover a rich story of highs and lows through animation and an original soundtrack. Solve puzzles using your imagination, and discover a world entirely hand-drawn with hand-animated cinematics.

Play as Aurora, a young girl lost in Lemuria’s fairytale continent and who must defeat the Queen of Night if she is to return home. Discover a story inspired by fairy tales and explore a carefully hand-crafted world full of witches, sea serpents, and talking mice. Play together with drop-in drop-out cooperative multiplayer and battle against the forces of the night to recover the sun, moon, and stars.

What is a Hand-drawn Game ?

A hand-drawn video game is designed entirely by hand, meaning all characters, scenes, and interactions are carefully hand-crafted. 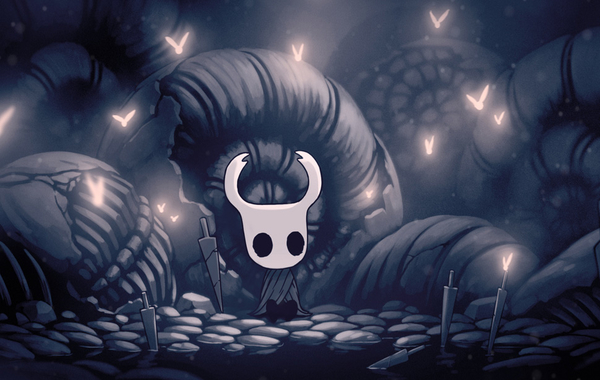 Hand-drawn games are painstaking work, with all the game frames having to be carefully created and pieced together one-by-one.

Why Are We Doing a Top 15 Hand-drawn Games List?

Hand-drawn Games are available at incredible prices, but with so many to choose from, we want to help you pick the game that’s right for you.