15 of the Best Dungeon Crawler Games and Compare Prices

” You want to play a Dungeon Crawler Games, but don’t know which one to choose?

Luckily Allkeyshop is here to help you with this top 15 of the best Dungeon Crawler Games! “

Recruit, train and lead a team of flawed heroes in this gothic roguelike turn-based RPG that puts emphasis on the psychological stresses of adventuring. The game has a number of difficulty levels. Darkest is the game’s normal mode, Radiant reduces the campaign length but maintains the difficulty level. Lastly, Stygian gives enemies increased health and forces the player to complete the game in 86 in-game weeks or before losing 13 heroes. Darkest Dungeon has plenty of content, and its DLC packs all add extra enemies, quests, and heroes to ensure you keep going back into the dark for more punishment.

Loot, shoot, and dodge roll your way through this fast-paced bullet hell and battle your way to the bottom of the Gungeon. Unlock unique weapons, slay all that stand before you, and beat the ever-changing and ever-adapting procedurally generated dungeons.

Live the end of past heroes with the Chronicon’s aid, a magical device capable of opening portals and unlocking memories of those long gone. Play through five acts using four unique classes, and complete procedurally generated dungeons and areas. Discover hundreds of items, powers, and skills. Choose your path and your progression as you relive the end of all evil.

Enter the Old Cathedral and descend into the darkest dungeons to save the world and slay the Archdemon. Fight your way through procedurally generated dungeons, complete quests when you want to, and slay dozens of unique monsters.

6. Crypt of the NecroDancer

This hardcore roguelike rhythm game challenges you to keep the beat as you slay skeletons, zombies, and dragons. Play through using more than a dozen characters and play styles, and kick-ass to over 40 original songs. Collect loot, unlock upgrades, and fight increasingly difficult enemies the deeper into the dungeons you go.

Crypt of the NecroDancer System Requirements

Mine gold, upgrade your character and die, before doing it all again in this action-adventure roguelike. Collect relics, potions, and curses, and defeat epic bosses to rescue others that will help you in your dangerous journey. Every run through offers something new to defeat, discover and learn.

Battle through deadly dungeons where you fight for survival against your friends who control the creatures. When you kill the challenger, it’s your turn to crawl and tackle the dungeon’s traps and monsters. Level up, collect spells, weapons, and items, and kill dozens of unique enemies, including demons and undead warriors.

Collect hundreds of creatures, breed them, and make them fight for you through randomly generated dungeons. Craft items and spells, and level up without a cap in a game that offers endless replayability, boss battles, arena battles, and PvP.

Battle through procedurally generated dungeons and uncover the truth of the Nightmare Realm. The game features more than 60 challenges and puzzles, turn-based combat, randomly generated weapons, items, relics, and a dozen powerful bosses to defeat. There is a new challenge every time you start a new run.

Fight endless hoarders of enemies, survive traps and puzzles, and discover plenty of loot in procedurally generated levels. Choose from seven classes, master skills, and abilities, collect hundreds of items, and play together in up to 4-player support.

Select from six unique classes, learn hundreds of skills, and fight for survival in a world where iron is more valuable than gold. Earn favor, make difficult choices, and devote yourself to rebuilding the world. Play together with up to 4-player support, and defeat enemy heroes and bosses, and rogue-like dungeons.

Take on the role of Guildmaster and command your squad of mercenaries through an adventure where danger, mystery, and plenty of gold awaits. Bandits and demons roam the lands, and people are too afraid to leave their homes. Working alone or online co-op, lead your team into dungeons, re-open trade routes, discover powerful items, and destroy the horrors that now plague the land.

Color and action collide in this unique rogue-lite action-platformer, featuring death squads, gods, and death at every turn. The ever-evolving dungeon offers new rooms, items, bosses, and endings with every run. Find and hatch pets that evolve and support you as you descend through the abyss with special abilities. After surviving the dungeon’s perils, relax in the mini-games, including Meditation Challenge, Dance Competitions, and Piano Performances.

Seek out the promise of eternal life as you explore endless dungeons, survive deadly traps, and slay powerful monsters. Every playthrough is a brutal lesson in greed, and every attempt to succeed will reveal more rooms, more powerful enemies, and a new curse to hinder your progress.

What is a Dungeon Crawler Game ?

A dungeon crawler is a type of RPG or hack and slash game where players enter levels called dungeons and must battle to reach and defeat the end boss. 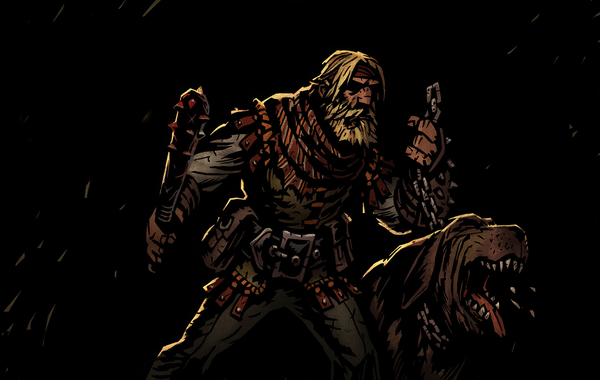 Some defining features of a dungeon crawler are:

Dungeon crawlers can either have the player restart from the beginning with stats permanent upon death or force them to reload or start from a checkpoint after dying.

Why Are We Doing a Top 15 Dungeon Crawler Games List?

Dungeon Crawler Games are available at incredible prices, but with so many to choose from, we want to help you pick the game that’s right for you.