15 of the Best Female Protagonist Games and Compare Prices

“You want to play a Female Protagonist Games, but don’t know which one to choose?

Luckily Allkeyshop is here to help you with this top 15 of the best Female Protagonist Games!”

What are the Top 15 Female Protagonist Games 2021?

2.Sword of the Necromancer

Fight through the necromancer’s dungeon and defeat your enemies using a variety of weapons and objects. Die and repeat with half the level you achieved during your last run. Level up your character’s stats, summon monsters to your side, and play with a friend in co-op mode.

Sword of the Necromancer System Requirements

3. ENDER LILIES: Quietus of the Knights


Explore a dark 2D fantasy and kill powerful foes to release them from their curse. Uncover secrets of Land’s End, utilize melee, ranged, and magic attacks, and choose the abilities to best suit your playstyle. Fight alongside your knights and learn to attack and evade with precision.


Enter the world of Half-Life once more with Alyx set between the events of Half-Life and Half-Life 2. Refine your aim and use the cover of a broken wall to make the impossible shot and rummage through shelves for healing items or ammo for your weapons. Learn to use tools to hack alien interfaces, and use your hands to fight off enemies or throw an item for a distraction.

Dance to the music in this cute and colorful rhythm game, where your ability to keep to a beat determines victory. Play to more than 30 songs, several music styles, multiple scenes, enemies, and bosses. Dance, kick, and get into the rhythm with Muse Dash.

It’s your first day as a delivery driver in the rain-soaked metropolis where you will stumble upon conspiracies, hackers, and rogue AI. Discover a rich cyberpunk story set across a vertical city that you can explore on foot or in your hovercar. Meet colorful characters, unlock new stories, and make decisions that will have a lasting impact on the city.

11. Bloodstained Ritual of the Night

Fight, fall, and rise against the sources of suffering and save humanity with the Daughters in intense, hardcore combat. Evolve and sacrifice your Daughters, fight against dark creatures, and discover a deep narrative that explores death, power, and loss. Fight epic boss battles and make the tough decisions that will save humanity from itself.

Select your hero and fight to save the world across multiple timelines in Neoverse, a strategic rogue-lite combined with deck-building. Collect and use hundreds of cards and skills and battle it out with dozens of monsters. Discover new combinations with every playthrough, explore new locations, and uncover a story that moves through the past, present, and future.


Save the island and its animals from litter in this hand-crafted relaxing game. Play as Alba and rally the locals to your side. Explore the island and discover all its animals, and take pictures to add them to your growing encyclopedia.

Play as a little girl who, along with her shadow, must overcome emotional struggles. Work with your shadow and switch between 2D and 3D gameplay at any time. Solve puzzles and explore a dark narrative filled with twists and turns.

Shady Part of Me System Requirements

What is a Female Protagonist Game?

A video game with a female protagonist is one where the lead playable character is female. 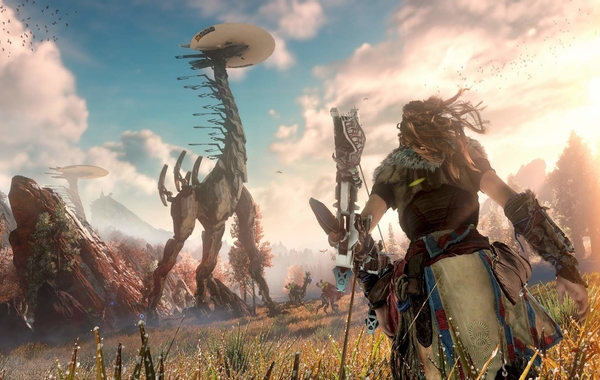 Female protagonists once used to be exclusively over-sexualized but are now more realistic with personality and character traits more aligned with their male counterparts.

More frequently, players are now given the choice of male or female when beginning a game, with gender no longer defining the character’s role.

Why Are We Doing a Top 15 Female  Protagonist Games List?

Female Protagonist Games are available at incredible prices, but with so many to choose from, we want to help you pick the game that’s right for you.